Kayli Cramer is your typical Florida teen. The full-time student is an education major at Daytona State College and has a part-time job at Starbucks. When she isn’t in class or serving lattes, she is at the beach with her goldendoodle, Cooper. The 19-year-old hopes to become an elementary school teacher someday, but so far her biggest lesson hasn’t come from a classroom. She learned the importance of resilience and the power of her smile through her treatments at UF Health Oral and Maxillofacial Surgery – Jacksonville.

Two years ago, Cramer’s pastor playfully pinched her cheeks during Bible study, causing a sharp pain in her jaw. Not thinking much of it, she made an appointment with her dentist.

“It only slightly hurt when I ate, so I thought it was a cavity,” Cramer said. “When they did an X-ray, they saw a tumor.”

During the next several months, Kayli and her mother visited several specialists, but no one knew how to help until she was referred to Rui Fernandes, MD, DMD, an oral and maxillofacial surgeon and chief of head and neck surgery at UF Health Jacksonville.

“I had months of pain and it was very frustrating,” Cramer said. “When we finally got here, they took care of us.”

A biopsy showed the tumor in her lower jaw was benign, but very aggressive. Cramer immediately had her first surgery to remove the growth. A year later, the tumor grew back and Cramer had her second procedure to remove the mass. X-rays taken in 2017 showed that it had not only returned, but this time, there were multiple tumors at the original site.

“Obviously, it was very aggressive, and it was not going away,” Cramer said.

“Waking up from the operating room with teeth in place and very minimal skin incisions is very beneficial for the patient psychologically as well as for their quality of life.”
Salam Salman, MD, DDS
UF Health Oral and Maxillofacial Surgeon

Up to this point, surgeons only removed the area around the tumor, but Salam Salman, MD, DDS, a UF Health oral and maxillofacial surgeon, recommended removing a lot more through a segmental mandibulectomy.

“A lot of these patients require resections or a big part of their lower or upper jaw removed and reconstructed,” Salman said.

Fernandes and Salman encouraged Cramer to have the segment of her lower jaw and teeth, where the tumors continuously formed, removed and replaced with a portion of her fibula, the smaller bone in the lower leg located between the knee and ankle.

The complicated reconstructive process used to be completed in stages over the course of 18 months. Fernandes, Salman and their team of specialists can complete the entire procedure at once during a six- to eight-hour surgery.

Using 3-D imaging software, virtual surgery simulation and prefabricated cutting guides, oral and maxillofacial surgeons can customize and accurately plan the procedure, as well as place a dental prosthesis that aligns with the patient’s natural teeth to near perfection.

“I had months of pain and it was very frustrating. When we finally got to UF Health Oral and Maxillofacial Surgery – Jacksonville, they took care of us.”
Kayli Cramer
Patient

Cramer’s 3-D images were formed using a series of CT scans. Those images were then used in the virtual surgery simulation and manufacturing of the surgical guides. The guides not only provided the exact areas where the surgeons needed to cut Cramer’s jaw, but also showed them where to cut the fibula to successfully reconstruct and replace her jaw.

“We can be assured that it’s in the right position and precise enough to restore even though we are far away from the head and neck,” Fernandes said.

The portions of fibula are pieced together to form the new jaw and held in place with a tailor-made titanium plate. In addition, the 3-D images are used in the construction of the dental implants that are attached to the reconstructed jaw before it is placed into a patient’s mouth. During the procedure, blood vessels in the fibula are also removed with the bone and reconnected to the patient’s neck to preserve vascularity and ensure the reconstructed bone remains healthy.

“We try to do everything through oral incisions, so everything is done from inside of the mouth with only a 2-centimeter incision on the neck for us to connect the blood vessels,” Salman said. “Waking up from the operating room with teeth in place and very minimal skin incisions is very beneficial for the patient psychologically as well as for their quality of life.”

Cramer’s procedure was completed Oct. 9 at UF Health Jacksonville. The swelling has since gone down, and in a couple of months, Cramer’s dental implants will be replaced with her new permanent teeth.

The 3-D technology helped ensure that Cramer’s new jaw precisely followed her natural jawline. Before these advancements, patients could be left without a jaw for more than a year. When it was replaced, it was often misshaped.

“You can’t really cover up your face, but beyond that you use your jaw for speech, swallowing, nutrition and social interaction,” Fernandes said. “Our jaws affect our ability to show emotions. Now patients are able to keep all of those things with this procedure.”

Doctors at UF Health Oral and Maxillofacial Surgery – Jacksonville continue to monitor Cramer for tumor development, but they are confident this procedure was her last.

“The tumors have made dealing with my health hard, but I am grateful that I have Dr. Fernandes and Dr. Salman,” Cramer said. “They are amazing people. They have been there for me every step of the way. They have never kept me in the dark and just genuinely tried to help me get better.”

Cramer lives with the results of their dedication and drive every day and shares it with every smile she gives. She can now focus on her college courses without worrying about tumors. Eventually, she hopes to inspire her students to never give up, the same way Fernandes and Salman motivated her at UF Health Jacksonville. 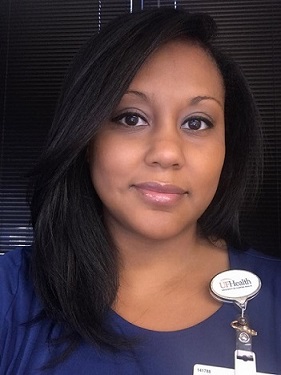 Health care, education, innovation and research are not just what we do — they are our passions.
By Leon L. Haley Jr., MD, MHSA, CPE, FACEP 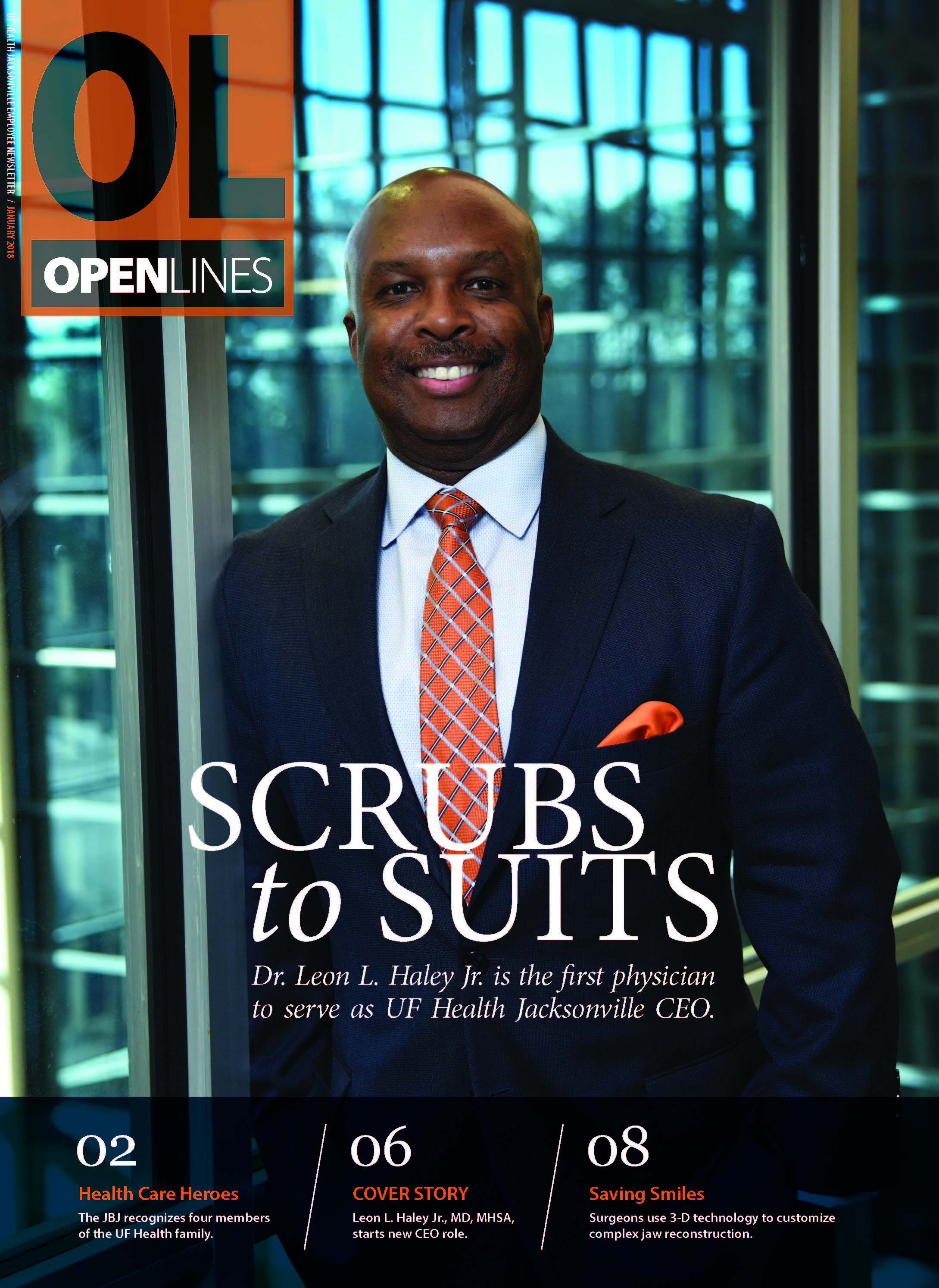