Phillip Cooner has been happily married to his wife, Shannon, for 12 years. They met while hunting in Alabama, and the rest was history. Phillip was an avid hunter and worked as an electrician for nearly 34 years. Today, he can no longer hunt and is retired, as Parkinson’s disease has altered much of his life. However, thanks to the highly skilled team at UF Health Jacksonville, he has seen major improvements in his symptoms and quality of life.

Phillip first noticed signs of the disease in his early 40s, when his pinky finger was shaking. As the tremors began to worsen, Phillip and Shannon made the decision to seek medical care.

They learned about the UF Health Neuroscience Institute – Jacksonville, which includes a highly skilled, nationally recognized, interdisciplinary team of neurologists and neurosurgeons.

Phillip consulted with Odinachi Oguh, MD, a former UF Health neurologist, who diagnosed him with Parkinson’s disease. Oguh put Phillip on a medication regimen to help manage his symptoms, which included stiffness, balance issues and tremors.

Phillip Cooner and his wife, Shannon, have been married for 12 years. Shannon is passionate about educating the public on Parkinson’s disease.

Over time, Phillip experienced adverse reactions to the medications and his tremors continued to worsen. At this point, Oguh referred Phillip to UF Health neurosurgeon Daryoush Tavanaiepour, MD, who specializes in treating movement disorders.

Tavanaiepour and the UF Health multidisciplinary team reviewed Phillip’s case, and determined he was a good candidate for deep brain stimulation, or DBS, which uses a device to treat Parkinson’s disease and other movement disorders. It is designed to change how brain cells work by providing electrical stimulation to a certain area of the brain.

It takes a team

Phillip’s surgery involved a fully integrated team of highly trained medical professionals who specialize in movement disorders. The surgery takes about three to four hours, and every step is crucial to a successful outcome.

One of the first steps is administering anesthesia, which is more complicated in DBS than in other types of surgery, because surgeons wake up the patient in the middle of the procedure to test the device.

For most patients with Parkinson’s disease, the electrode is placed in the subthalamic nucleus region of the brain. Before placing the electrode, the team needed to confirm they had found the correct spot.

“Each region of the brain has different brainwaves and firing patterns,” Tavanaiepour said. “Some regions have a signature way of firing neurons. Our neurophysiologist looked closely at this to determine if we had found the right location for Phillip.”

The team also used a state-of-the-art computer system that can track where the electrode is traversing and confirm it has reached the right location.

Tavanaiepour then made an incision and delicately implanted the DBS electrode. At this point in the surgery, the team carefully woke Phillip up.

Once they confirmed he was awake, Tavanaiepour turned on the device. They gave Phillip a half-full bottle of water and observed his hand shaking from the tremors as he held it. Within seconds the tremors went away and Phillip’s hand was steady. This confirmed correct device placement.

Following surgery, Phillip recovered at UF Health Jacksonville for a couple of days before being discharged.

Phillip with his dog, Berta.

After the surgery, Phillip’s quality of life greatly improved. Phillip’s left-hand tremors were better, but his right hand still showed signs of tremors.

Phillip’s neurologist continued to adjust his DBS settings to help improve the lingering symptoms, but the tremors in his right hand remained.

After a few months, the UF Health multidisciplinary met again to review Phillip’s case. They determined he was a good candidate to receive a second electrode in the ventral intermediate nucleus region of his brain to target the right-hand tremors.

“By placing an electrode in another region of his brain, we believed we could improve the tremors in his right hand,” Tavanaiepour said. “This procedure is not unheard of, but it’s not common either. Phillip’s situation was very unique.”

Phillip had another electrode placed and this surgery followed the same steps as the first DBS placement. Ultimately, it was a success.

Phillip and Shannon enjoying life with a visit to Disney.

Following his recovery, Phillip’s tremors were completely gone. Phillip considers himself a “foodie” and said that the first thing he did when his tremors finally stopped was enjoy a big bowl of zuppa toscana at Olive Garden.

“Eating that soup brought me to tears,” Phillip said gratefully.

Today, Phillip sees UF Health neurologist Natalya Shneyder, MD, every four to six months, and reports that his tremors are still gone. As part of regular maintenance, the battery in his chest must also be replaced every few years.

Parkinson’s disease symptoms will still worsen over time, even with DBS and a medication regimen. Despite this, Phillip continues to stay positive with the support of his wife and family. They are forever grateful to the whole team for supporting them through this journey.

“Throughout this process, Phillip and Shannon have been incredible,” Tavanaiepour said. “Their relationship is inspiring and the way he is coping with this difficult situation is inspiring to me.”

Visit UFHealthJax.org/neuroscience to learn more about our interdisciplinary team of specialists and treatment options for movement disorders. 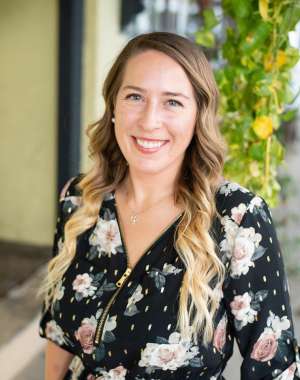 A unique style of emergency care is coming to Jacksonville. 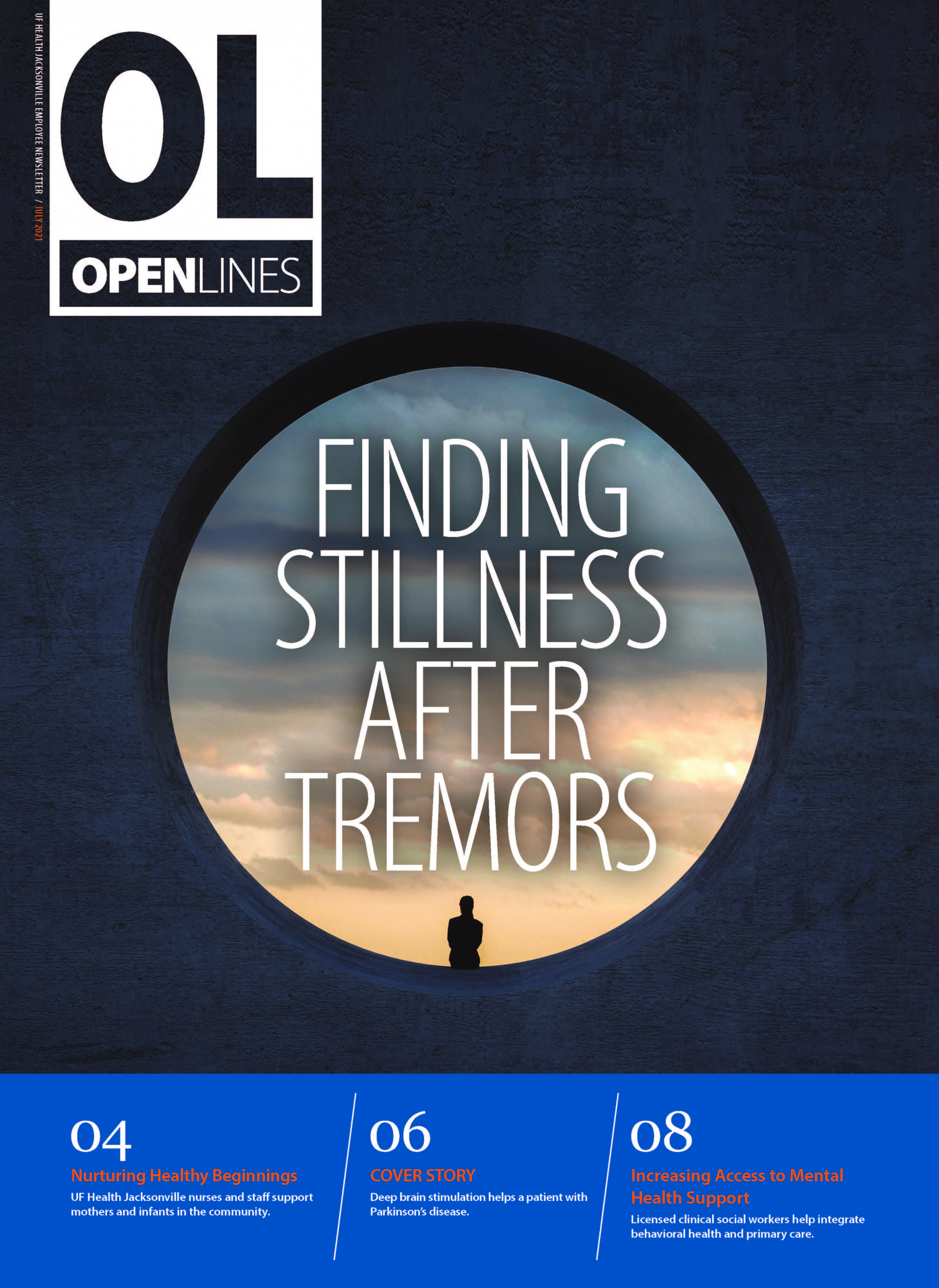