During the late 19th century, asylums were commonly built in areas outside towns and cities to remove highly contagious tuberculosis patients from their home environments, and to provide fresh air in a rustic setting. In a once-rural area of Jacksonville, the first of several medical institutions that would eventually combine to form UF Health Jacksonville was born.

A New Hospital and Nursing School

On June 4, 1870, land was acquired in the community of Oakland to build the Duval Hospital and Asylum for those who were incapable of working. The medical campus — consisting of three small buildings and a cemetery to serve the county’s aged, infirm, indigent and mentally ill — was located at Jessie and Franklin streets. Seven years later, a new, spacious one-story building was completed at the hospital. The facility housed a kitchen, a chicken house and an isolation building for tuberculosis patients.

With new railroad lines reaching the region and clustering around the African-American suburb of LaVilla in the early 1880s, Jacksonville emerged as a Gilded Age resort for tourists from the North. Outbreaks, such as the smallpox epidemic of 1883 and the yellow fever epidemic of 1888, along with a growing African-American population, resulted in the expansion of medical facilities to serve the local area. This included the 1883 construction of an isolation pavilion, an 1888 renovation and the hiring of a full-time physician at Duval Hospital and Asylum.

Additionally, the Boylan Industrial Training School for Girls by the Women’s Home Missionary Union Society of the Methodist Episcopal Church was established in 1886. Located at the intersection of Davis and Duval Streets in LaVilla, the school was named after benefactor Ann Boylan DeGroot, created with the purpose of educating young Black women to become missionaries and tend to the needs of the sick.

Recognizing a need for continuing medical services for the city’s Black community, the Women’s Home Missionary Union Society acquired property adjacent to its Boylan campus to establish a nurse training program and hospital through a donation made by Matilda Cutting Brewster of Danielson, Connecticut. Named in honor of her late husband, the George A. Brewster Hospital and School of Nurse Training opened in January 1901 as a one-room treatment unit consisting of a cot, a table and a few chairs.

A few months later, life in Jacksonville and the impact on its medical community would change forever. On May 3, 1901, a small fire at LaVilla’s Cleveland Fiber Factory spiraled out of control, leading to one of the worst disasters in Florida’s history. By the end of the day, more than 146 city blocks had been destroyed by the fire, leaving 10,000 residents homeless. The Great Fire of 1901 would go on to become the third-largest urban fire in U.S. history, behind the Great Chicago Fire of 1871 and the 1906 San Francisco Earthquake and Fire.

In the following decade, a post-fire redevelopment boom transformed the city into a modern metropolis of 57,699 structures built of brick, concrete and steel. With African-Americans being the largest demographic within the increasingly congested city, both LaVilla and Oakland densified, resulting in space constraints for the once-rural campus of Duval Hospital and Asylum and the George A. Brewster Hospital and School of Nurse Training.

The first location of Brewster Hospital.

In 1910, the Boylan Industrial Training School for Girls relocated across town to Oakland, after completing construction of a new, four-story brick structure adjacent to Duval Hospital and Asylum. With Boylan’s original campus being redeveloped into multifamily housing, Brewster Hospital also relocated to LaVilla.

In 1914, St. Luke’s Hospital relocated to what is now the main campus of UF Health Jacksonville, opening a new, larger hospital on an 8.5-acre site bounded by Boulevard, 8th, Jefferson and 10th Streets along Hogans Creek, just west of Springfield. This section of town eventually became known as the prestigious African-American community of Sugar Hill.

The Brewster School of Nurse Training.

Nearly a decade later, in 1923, a new, 50-bed general hospital, originally intended to replace the tuberculosis center on county grounds, opened at the intersection of 10th and Jefferson Streets. A referendum was passed in 1916 to fund the project, but construction was delayed due to World War I. Three years later, the hospital was expanded to 200 beds, replacing Oakland’s Duval Hospital and Asylum. Designed by the famous architect Henry John Klutho, the $400,000 Duval County Medical Center was called the “most modern and best-equipped hospital in the South.”

Following a 1915 relocation from LaVilla to 1001 W. Union St., Brewster Hospital became the third hospital to open a larger, modern facility. Overlooking Hogans Creek and Springfield Park, Brewster’s $300,000, 95-bed facility was Florida’s largest for AfricanAmericans. It was dedicated on March 29, 1931, and operated until 1966.

Over the next 33 years, Brewster incrementally expanded from an initial 75-bed to a 163-bed medical facility overlooking Springfield Park. During this time, the hospital was renamed Brewster Methodist Hospital.

When the Civil Rights Act of 1964 was signed into law by President Lyndon B. Johnson, it became illegal for hospitals to remain segregated, or to discriminate against minority groups. This set in motion changes that led to the closure of Brewster Methodist as a segregated hospital on Sept. 30, 1966.

The medical institution reopened on Oct. 1, 1967, as an integrated acute care general service hospital called Methodist Hospital. With its closing, conversion and reopening under a new charter and board, the 134-bed Methodist Hospital became the first all-private room, private bath hospital in the state.

The main entrance to the Methodist Medical Center, now known as the Pavilion.

Becoming a Part of The Gator Nation

Through the Hogans Creek Redevelopment Program, adjacent residential areas of Sugar Hill gave way to the continued expansion of the medical district. In 1968, ground was broken on a new, eight-story hospital for Duval County Medical Center. Dedicated on Aug. 14, 1971, the 485-bed medical center was renamed University Hospital due to its affiliation with the University of Florida. It was subsequently renamed University Medical Center in 1989.

Expansion at Methodist Hospital continued with the 1984 acquisition of the neighboring St. Luke’s Hospital campus, which would eventually relocate to the Southside.

In 1988, ground was broken for a new medical facility for Methodist Hospital, known today as the Pavilion on the UF Health Jacksonville downtown campus. Opening in December 1988, Methodist Hospital was renamed Methodist Medical Center.

In 1999, University Medical Center and Methodist Medical Center merged, becoming Shands Jacksonville Medical Center, an affiliate of the University of Florida and Shands HealthCare in Gainesville. For the first time in 129 years of operation, what had originally begun as the Duval County Hospital and Asylum and George A. Brewster Hospital had become a single health care institution.

In 2013, Shands Jacksonville was renamed UF Health Jacksonville to strengthen the medical center’s affiliation with the University of Florida. UF Health has continued to expand its presence with the opening of a new hospital, UF Health North, a new medical office building, UF Health Wildlight in Nassau County, and a network of more than 60 primary care and specialty practices throughout Northeast Florida and Southeast Georgia.

The Davis Family Walkway opened in 1997, connecting the Pavilion to Tower II. 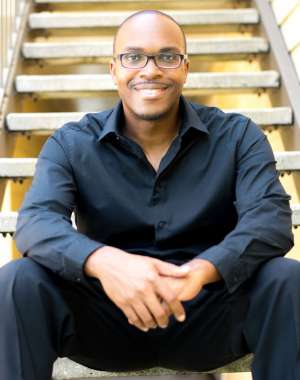 Ennis Davis is a certified senior planner who holds a degree in Architecture from Florida A&M University. He is the author of the award winning books “Reclaiming Jacksonville,” “Cohen Brothers: The Big Store” and “Images of Modern America: Jacksonville.”  Davis has served with various organizations committed to improving urban communities, including the American Planning Association and the Florida Trust for Historic Preservation.

The Remarkable, Humbling and Inspiring Nature of Research

The evolution and importance of research at the UF College of Medicine – Jacksonville.
By Mary Harvey, APR 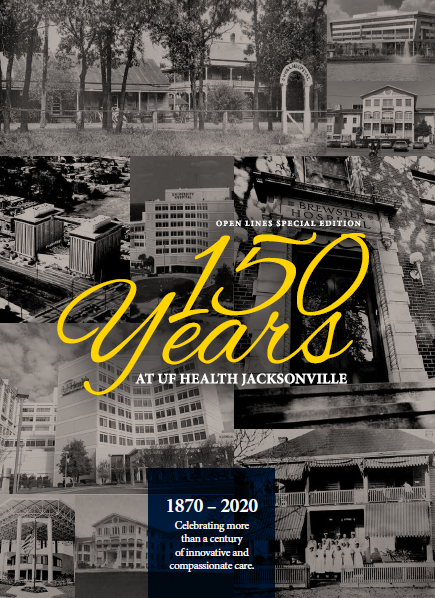