The Feb. 14 shooting at Marjory Stoneman Douglas High School killed 17 students and staff members and injured 17 others, making it one of the deadliest school massacres in U.S. history. Fallucco said providers in that area have reported a significant increase in signs of depression and anxiety among teenage patients since the tragic event.

In August, Fallucco and Joseph — president of the Florida Chapter of the American Academy of Pediatrics — traveled to South Florida to train providers on how to detect signs of depression, anxiety and post-traumatic stress disorder in adolescents.

Each provider then practiced those clinical skills by consulting with young adult actors who played the roles of depressed, anxious teens. The providers also gained insight on how to determine the best ways to treat symptoms, with options including medication and referrals for psychotherapy.

The sessions were recorded so other providers throughout the state can receive training in the future.

“The hope is that the trained providers will be able to recognize early signs of depression, anxiety and PTSD in their patients,” Fallucco said. “Then they can intervene and make sure these teens receive the help they truly need.”

Elise Fallucco, MD, is an associate professor of psychiatry at the UF College of Medicine – Jacksonville. She specializes in child and adolescent psychiatry.

Fallucco said anxiety is the most common mental health problem in teens, and depression affects between 15 and 20 percent of them, with the prevalence increasing over the past decade. She adds one of the major consequences of untreated depression is suicide, which has become the second-leading cause of death among this age group in the country.

Joseph says mental health issues resulting from gun violence require special attention. Nearly 1,300 children 16 and younger die from gunshot wounds every year, and nearly 5,800 are injured, according to the Centers for Disease Control and Prevention.

“Gun violence is a public health threat to children,” Joseph said. “Although mass shootings like the one in Parkland command our attention, children remain at risk of suicide, homicide and unintentional injury from guns on a daily basis. We see the effects in our emergency rooms and trauma centers.”

Fallucco says pediatric providers are well aware of other forms of trauma, such as physical and sexual abuse, but are “learning on the go” about the immediate and widespread effects of gun-related violence.

“While these other forms of trauma immediately impact an individual, the fatal gun violence affects the community as a whole,” Fallucco said. “Because of this wide-ranging impact, we need to be ready to respond.”

To gauge the effectiveness of their training, Fallucco and Joseph will study each participating provider’s practices to see how many more teens are screened for anxiety, depression and PTSD.

“We will also get feedback from the pediatricians regarding their comfort level and confidence in screening and treatment,” Fallucco said. “Through all of this, we hope to see an increase in the number of children and teens who receive the appropriate attention and treatment for their mental health problems.”

"Gun violence is a public health threat to children. Although mass shootings like the one in Parkland command our attention, children remain at risk of suicide, homicide and unintentional injury from guns on a daily basis."
Madeline Joseph, MD
University of Florida College of Medicine – Jacksonville Professor of Emergency Medicine 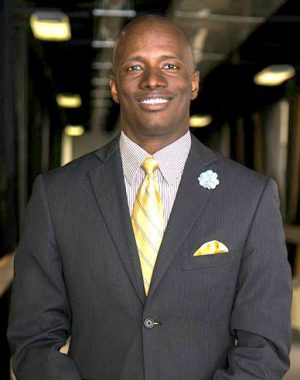 Jesef Williams is a senior communications coordinator in the Communications and Marketing department at UF Health Jacksonville. He largely serves as a writer and editor, with a bulk of his activity involving the University of Florida College of Medicine – Jacksonville. In addition to promoting the college, Jesef writes patient-centered stories, produces feature videos and assists with media relations, social media, strategic planning and general marketing initiatives.

UF Health specialists are using the latest technology and techniques to save limbs.
By Sarah Miller